Once again, Gentle Readers, the grip of a full moon band tail pigeon opener is the impetus for this year's end salutation. 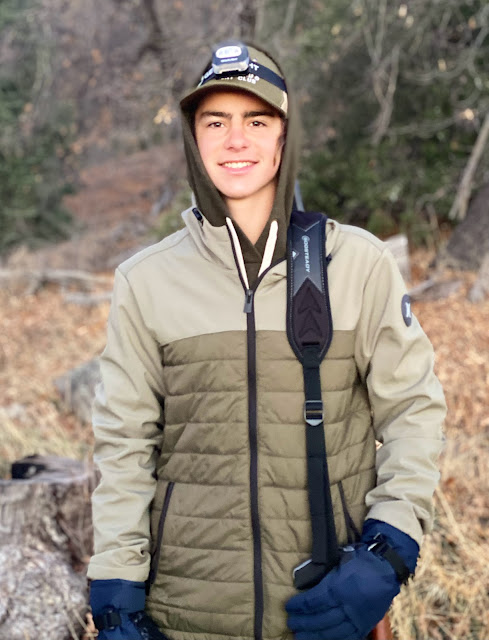 December 18 was this year's opening day for the one week band tail pigeon hunt in the ridge tops near the Palomar Observatory.  The season is only one week in duration, with a two bird limit for this alpine treat.  With David committed to swimming sectionals, Tommy, Tashtego and I followed seasoned woodsmen Robert and Todd on our annual  predawn pigrimage to the snow-dusted ridges near Mount Palomar.  We had to be in place on the ridge well before sunrise.

Opening day is always near the winter Solstice and the week before Christmas, so it has become the messenger of Peace on Earth for this twisted publication.

The band tail has this sort of is cult following, partly because of the way you hunt it in the forest, rather than the kind of open-sky scrub that characterizes dove and most other upland game venues.  These birds are bigger and more striking in coloration than the doves we get at lower elevations.  Both pigeons and doves share the scientific name Columbidae, which we are not even allowed to say anymore because of what we now know about how the Native Americans were treated after 1492.

"Well," one might ask, "What is the difference between doves and pigeons?"

Some differences are obvious - The dove is a symbol of peace, tranquility and nature's beauty, while the pigeon is associated with swarming, free-loading and urban vandalism (Def from above).  Your narrator's firm conclusion is that what we call pigeons are bigger than doves and otherwise there really is no difference or rule that can be applied.

I rousted Tommy at 4 am.  Tash was already bouncing with anticipation, as he had observed the shotguns coming out of the safe and into the gun cases the night before.  He saw his kennel in the back of the truck and rocketed into position.

After a little conversation to make sure nothing was foregotten, Tommy hit the snooze button for the ride up.  I listened to the carnage of WW I on Dan Carlin's Hardcore History podcast after our rendezvous with Todd and Robert at the Del Taco just off the 5.  The setting full moon lit up a clear, cool night as it swelled in the downward trajectory of its compressing azimuth.  We were on the heels of a pretty good storm that added snow to the terrain from which we would be setting our wandering ambush.

I always hate the very first part of this hike, because it is a sudden interruption from seat warmer cabin to strapping on a headlamp and starting a breathgulping uphill stumble through snowcrusted dead-fall in the dark.  Despite the snow, it was not as cold as anticipated.  After I followed our squad with a gasp-infested pursuit, we set up on either side of the ridge saddle. Tommy and I took up positions in the rocks and trees a short distance from each other on the east side and waited for the sun to start peeling away the gray light. 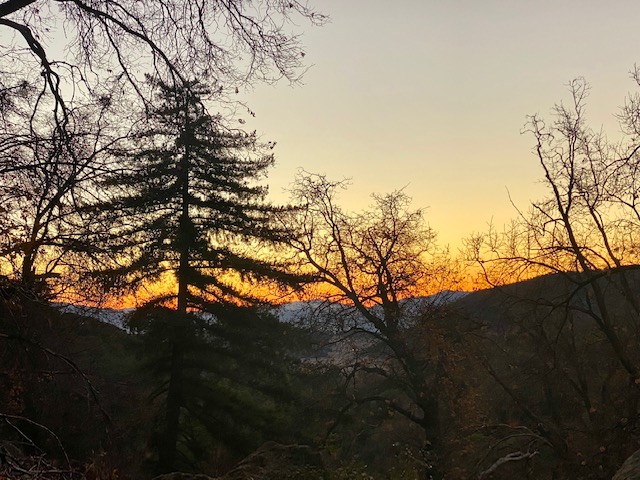 The sun peeked over a snowy ridge and we started hearing the waking sounds of the forest like an orchestra warming up. Tash hunkered down with us to peer toward the opening in our canyon for the tell-tale motion of game birds. 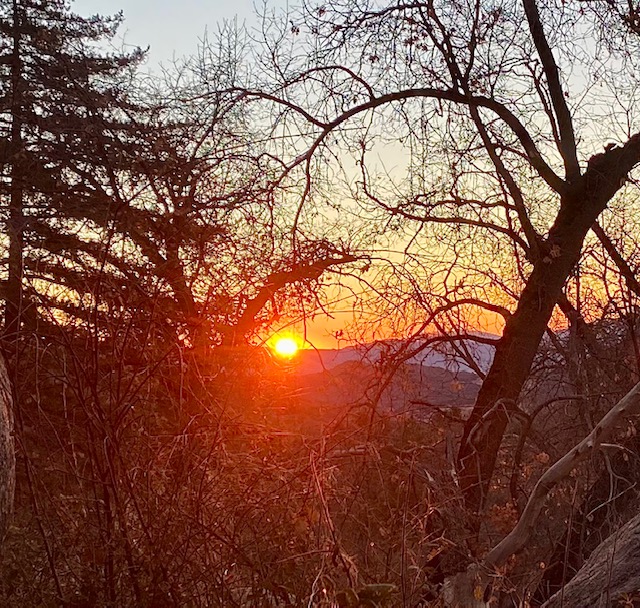 After a while we started hearing gunfire in the distance and Tash began surging toward the sound.  He maintained discipline to our "stay" command.  The reports progressed toward us with ever sharper barks as hunters on the slope below our position opened up.  Soon we caught sight of a few flights banking around in the distance.  Some started heading our way and we had a few shots upward through the tree tops.  Once we figured out the likely paths of flight, we adjusted our field of fire, started getting better opportunities and making shots.  Your narrator limited pretty quickly and Tommy was looking to get one more as the birds flew in greater numbers and in more frequent passes than they have for several seasons. 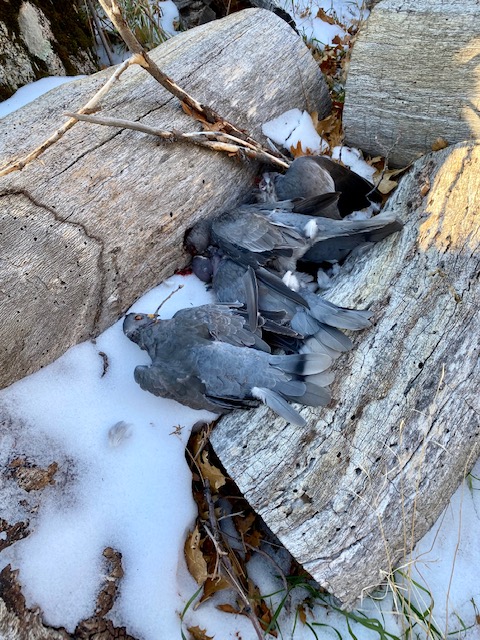 It was nice to have a convenient spot in the snow to cool the birds.

By 9 am Todd and Robert came onto our side with their limits just as Tommy made the last shot of the hunt to drop his second bird, rack the slide and complete our harvest. 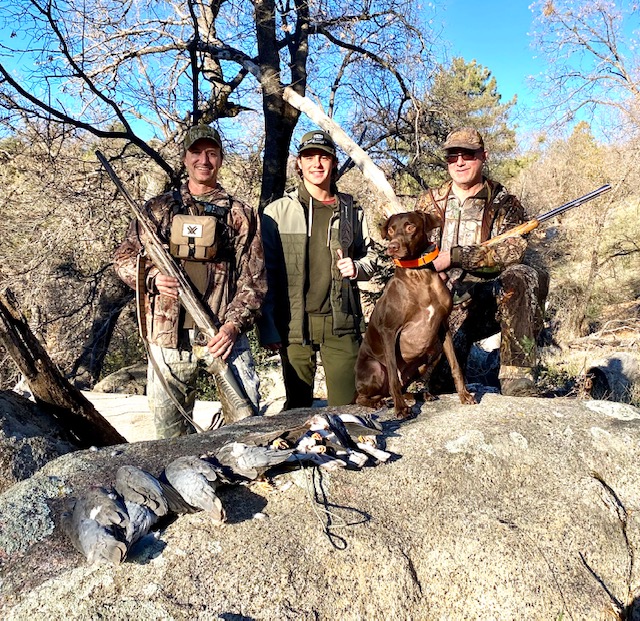 The tragic avian aftermath of an efficient morning for the humans.

We all celebrated with a little sandwich and deer-jerky break before calling in another set of hunters from below us to give them our lucky spot.  We mosied back down the slope toward the trucks and chatted about this year's much improved population and harvest.  On the way down, it almost seemed like the birds were strafing us as ever-increasing squadrons of these striking creatures flashed about all the way down to the road.

We retired to an All American Breakfast at the Lake Henshaw Cafe, which has undergone a change of ownership and has not quite recovered all of its former cache'.  The food was good and the lake was glassy and expansive after the recent rains. The whole setting was extremely inviting, but apparently could not provoke me into taking a picture.

After breakfast, Todd and Robert headed up to Love Valley to look for deer to feed Robert's either-sex muzzle-loader tag, while Tommy and I took Tash a bit further down the valley to go walking-with-guns through the manzanita and cactus down near San Felipe.  Tash pointed up a few quail, most of which we chased away with gunfire while adding one to the ice chest.  In truth, we were a bit lackadaisical in our approach.  We were not really willing to commit to a sustained hunt, as we wanted to get back in time to see David swim in the Saturday evening finals in Huntington Beach and already had what we came for.  We noted gaps in the wire, the generally favorable conditions of the areas we covered and decided to call it a scouting trip for future adventure. 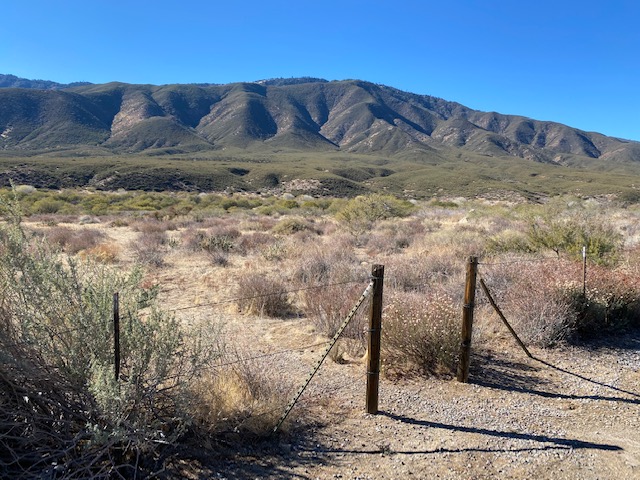 The ride back took twice as long, but we got the tools put away and the birds cleaned in time to join WendyJo in the stands to observe some night time aquatic racing.

I put the birds into a tangerine, spice and grapefruit-vinegar brine, where they soak as I type this essay.   These critters can make for a dainty little feast, but with the constrictions of the limit, they are not crowd feeders like some of the other creatures we get to throw down at gatherings. 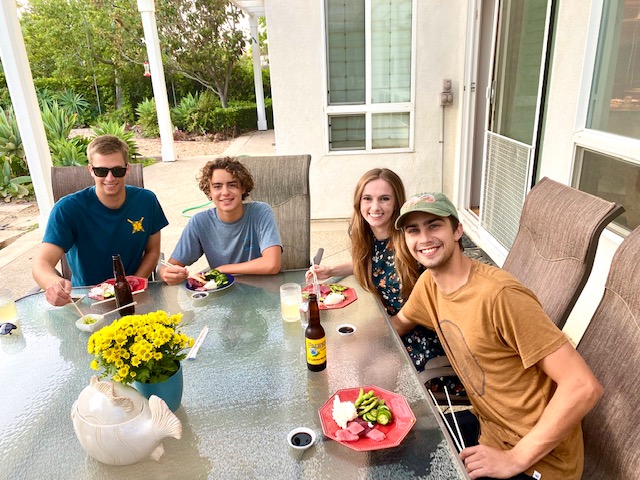 The Darkness of the Solstice is once again upon us.  Despite a lot of reasons for optimism, this year has not exactly bolted out of the gates with positivity.

Our year started with a frightening reminder that a violent minority bent on retaining power through dismantling our democracy is still hard at work desecrating our flag and lobbing turds into the punchbowl of patriotism. 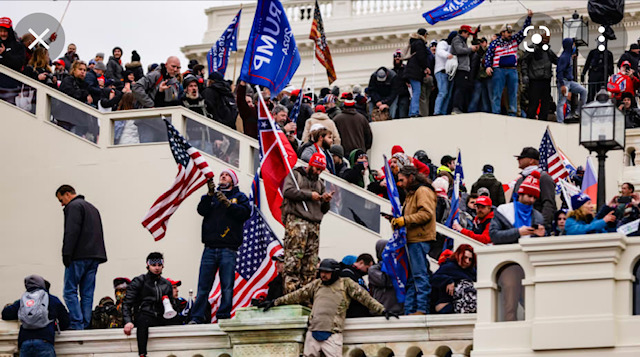 The events of January 6 were an unsuccessful dress rehearsal for those who now seek to excuse or brush past a sinister attempt to rule through treason, intimidation and misinformation as their Trumpeted alternative to rational persuasion or honest policy.

We must refrain from elevating the decoys of false equivilency to excuse actors willing to sacrifice our vulnerable democracy on the altar of an alt-right aparthied.

As the darkness of the Solstice gives way to greater illumination in the days that follow, let us remain vigilent in calling for the truth and taking care of each other.  "Freedom" should not be redefined as angry white men with  black rifles doing whatever they want, without consequences.

Just when it seemed like we might be able to enjoy some social encounters that have been postponed for years we have more Covid mania with which to contend, even with second vaccinations and boosters.    Everyone is more than a little fatigued by the incessant waves of precautions,  but we certainly have a lot more resources and recovery than we did a year ago. We are lucky to have a vaccine and can hopefully avoid blaming Jesus for some lib-owning refusal to do a tiny bit to look out for one another.

While there is certainly a recent pall that has been cast over this year's gatherings, we have been able to see more of one another than  in the past couple of years. 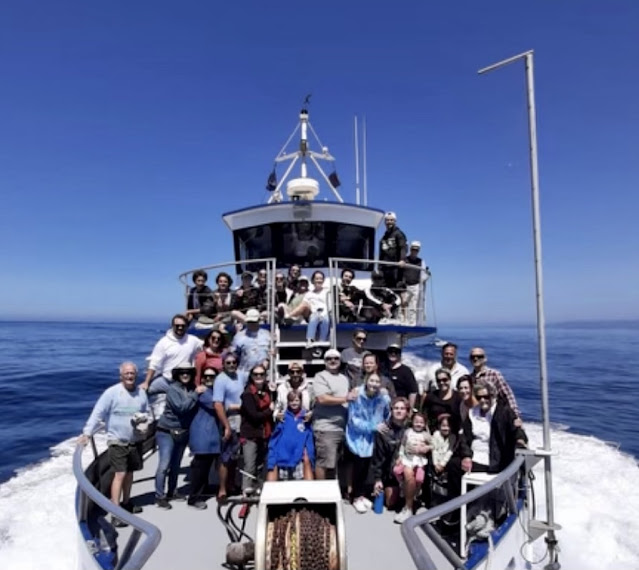 We got a chance to honor our departed ancestors with postponed memorials to remind the living of what we mean to one another. 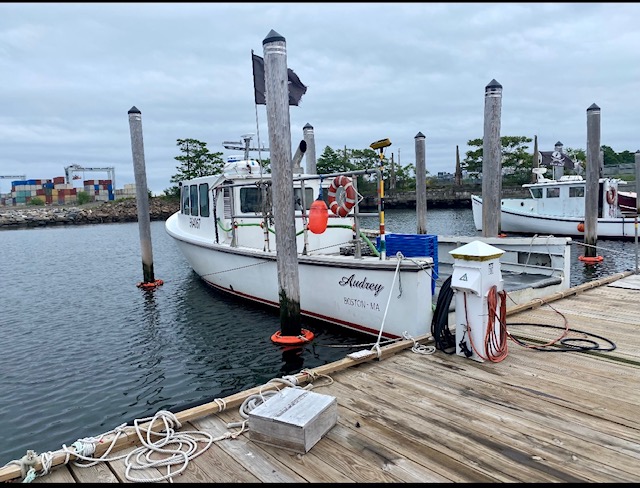 Isaac has spent most of the year in Boston, working on the lobster boat Audrey as a sternman and generally enjoying his life with Haley as she completes her masters. 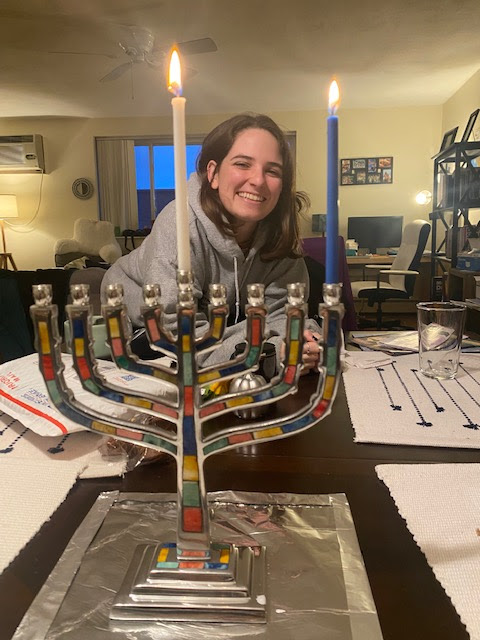 Lizzy shined in her efforts to improve the environment of our state and the lives of its citizens with her leaf blower legislation -  one portable gas powered device at a time. 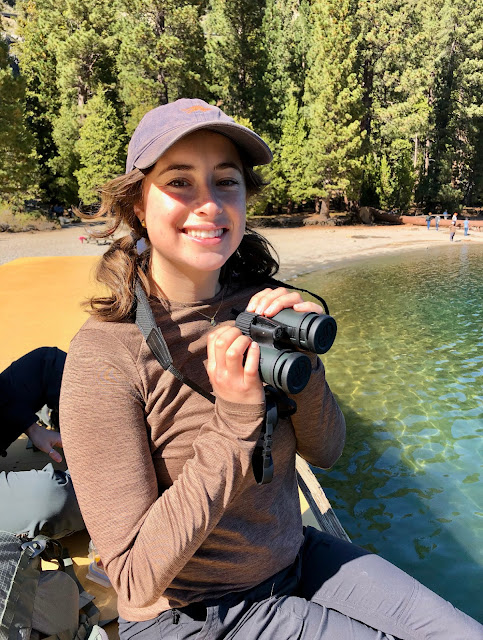 She has continued her exploration of northern California Parks and wilderness and was able to join us for our first trip to Mammoth since the pandemic. 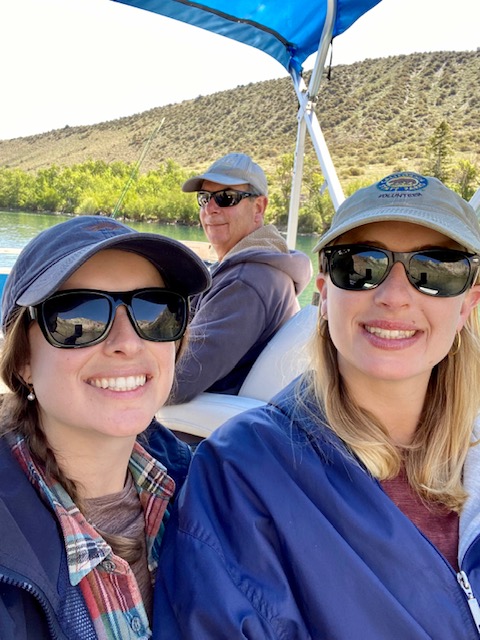 Sarah and Conner announced their engagement 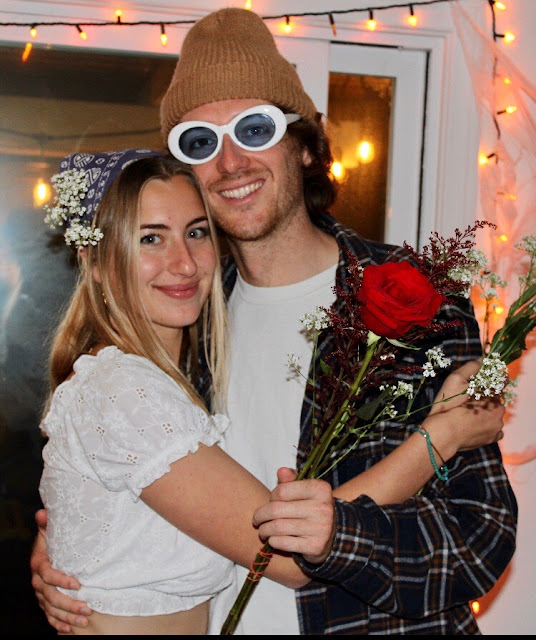 and we could not be more proud.

Tommy and David have had a wonderful year with resuming live high school and get-togethers with Evolution Swim Club. 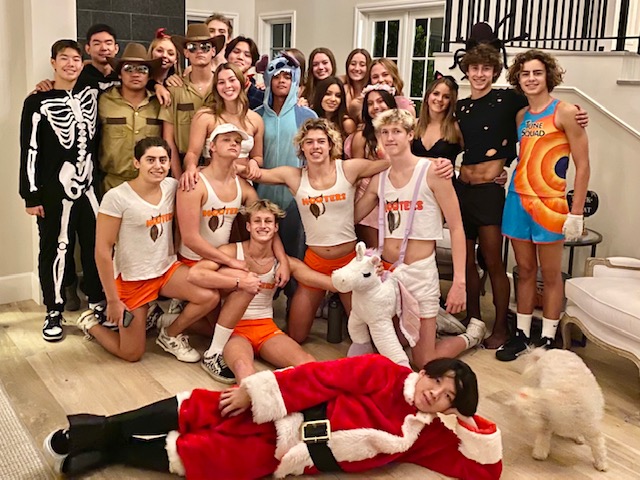 Both are having a a lot of fun dialing up their friends as all of us find reasons to celebrate an emergence from the gloom. 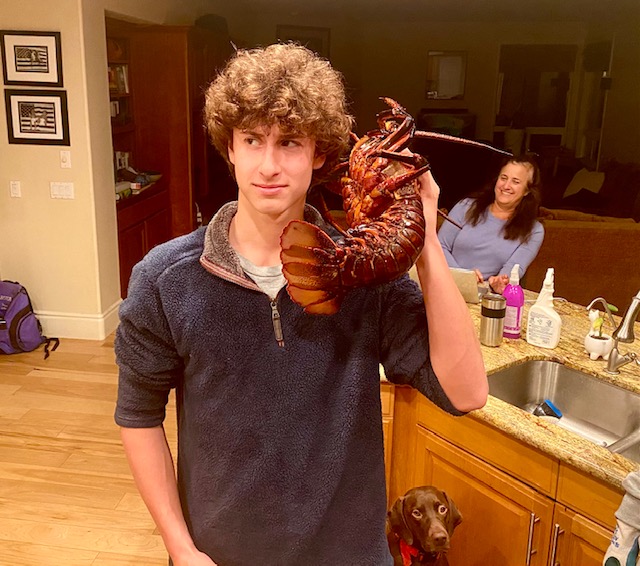 We got in a few sporting adventures with dogs. 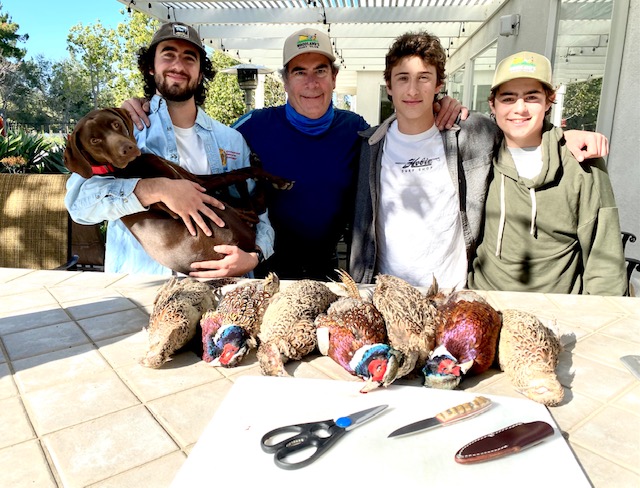 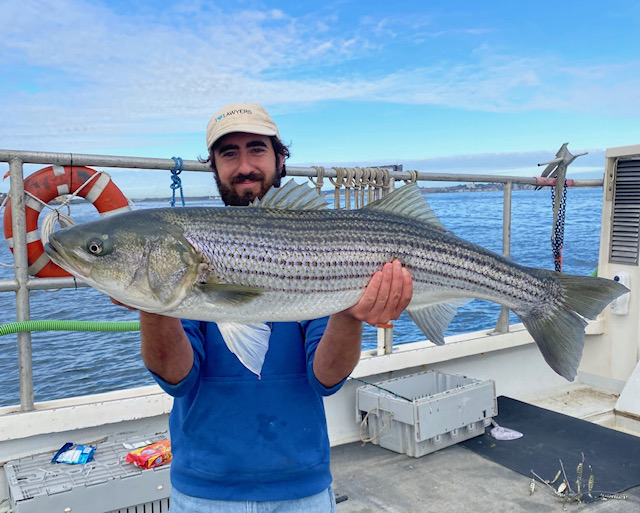 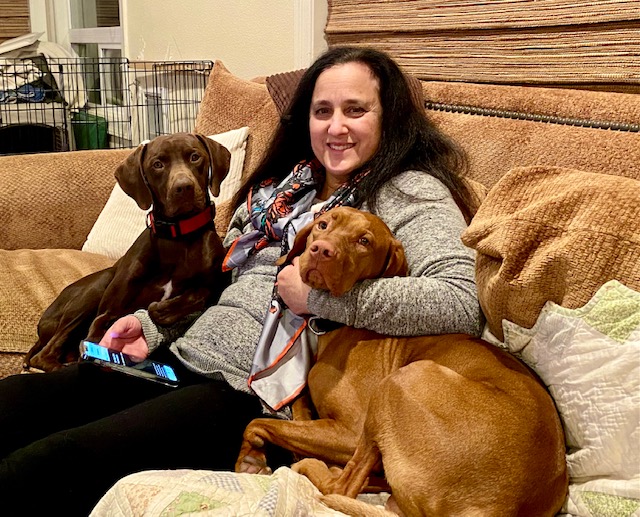 There are so many reasons to crane your ear, like the RCA dog, toward the melody advancing on our senses from the Cosmic Victrola that spins away our mortality with its revolutions.

Once again, I can hear the sound of Optimistic Voices, beckoning like the Sirens of Succor:

We're out of the Woods,

We're out of the Dark,

We're out of the Night.

Step into the Sun.

Step into the Light.

We hope that all of you have a chance to get together with as many of those you love as possible as we cross this river of darkness and wade ashore toward times of expanding light and hope in the coming year.

May your adventures be memorable, positive and allow you to know, for sure, that 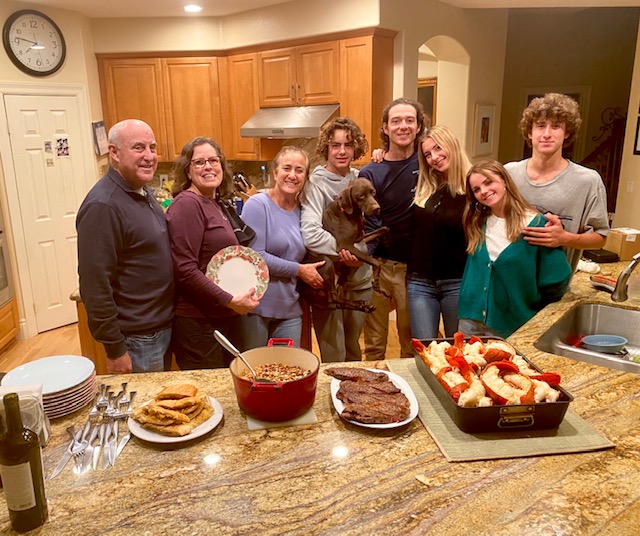